From the end of the 17th century, there has been a constant pattern of emigration from Ireland, and the O’Dubhda Clan was to send members to other parts of the world. For many, England and Scotland were convenient stopping off points on the way to America, Canada and Australia, but some never went across the Atlantic, but stayed and set up families there. They did not forget their heritage, and it is surprising how many times the name crops up in these lands. What follows here is but an example.

John Klyne O’Dowd (1802-79) from Castlebar, was regarded as one of the finest barristers of his generation. During the General Election campaign in Mayo in 1835, he clashed with the great Daniel O’Connell, who wrote “The only reason I had to entertain the least apprhension was from seeing the published proceedings of Mr O’Dowd and others, who, at this distance, appeared to me to be placing themselves in the attitude to do mischief.” (D. O’Connell to Archbishop MacHale, 1836)

John O’Dowd M.P.(1856-1937) from Tubbercurry, was a fervent Nationalist and had been imprisoned for his views. He was a contributor of poems to the ‘Weekly News’ before being elected unopposed as MP for North Sligo in 1900, on the death of Bernard Collery. He was returned unopposed for South Sligo in the general election later the same year, giving him the unique distinction of being returned unopposed twice in the same year for different constituencies. In the House of Commons he was an advocate of Home Rule and he also served as Chairman of Sligo County Council until 1918, when Sinn Fein swept to power at local and national level. He was renowned throughout Ireland and even overseas for his principles, and his death was described in the press as “a loss to the Nationalist movement.” 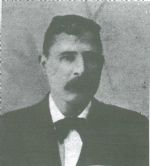 Sir James Cornelius O’Dowd (1829-1903) was yet another of the clan to pursue a legal career. He became Commissioner General when the purchase of commissions in the British Army was being abolished, and had responsibility for supervising the scheme for compensating those who suffered loss, For his services, he was awarded the C.B. in 1895 and Kinighted in 1900. After leaving the army, he became a prolific journalist.

Rev. Patrick O’Dowd (1813-91), from Louth, enterd the Order of St. Sulpice and served in Canada. He opened an orphanage and a nursing home for the poor, and was held in high regard throughout the country. In 1877, he visited Lourdes on pilgrimage and his ship was lost at sea, causing prayers to be offered for his safety in churches all over Canada, and enormous rejoicing when he was found safe and well. He refused the sees of Kingston and Toronto, preferring to work as a curate until his death.

Charles F Dowd was appointed the US representative to discuss with Sandford Fleming of Canada, proposals to standardise the time zones for the railroads of both countries. The scheme that they put forward of four standard zones was adopted by both governments in 1883, ending the custom of each railroad making its own local time adaptations. The system is still operational today,

Bishop James Thomas O’Dowd (1907-50), was born in San Francisco to a family that had immigrated from Kerry. After ordination, he studied education, gaining a Ph.D. and worked extensively throughout California serving on eductional boards at all levels. His ability led to him being appointed Auxiliary Bishop of San Francisco, with the title Bishop of Cea, and his influence of educational matters grew. When a new school was being sought, he suggested a site in East Oakland, but was killed in a train crash before the building was finished. Archbishop Mitty opened the school, which was designed to give a Catholic education to children of all classes, in 1951 and named it after his Auxiliary Bishop. Since 1952, Bishop O’Dowd High School has been at the forefront of the liberal arts tradition of Catholic education in the United States. 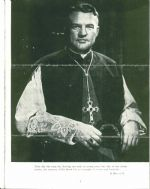 In 1856, Bernard O’Dowd (1836-84) resigned from the Irish Revenue Police and went to America to visit his sisters before settling in Australia. There he joined the Victoria Police and met Anne Mulholland, whose family had left Ireland in 1857. The couple married and had four children, 2 sons and 2 daughters. After being injured by a police horse in 1883, Bernard retired, but died shortly after, leaving his wife to bring up the children: the oldest was only 17 at the time.

Bernard O’Dowd (1866-1953) as the eldest of the family, and was regarded as a prodigy, having read Milton’s “Paradise Lost” at the age of 8. Young Bernard began a career as a teacher in the Catholic School, Ballarat, but was dismissed when his radical views brought him into conflict with the authorities, who regarded him as a “heretic.” After setting up his own school for a time, he decided to move to Melbourne in 1887, where he found employment as a librarian in the Supreme Court Library. There his abilities were recognised and he retired in 1935 with the position of Chief Parliamentary Draughtsman.

In Melbourne, he became associated with a group of radicals, Anarchists and Communists, who frequented the Lyceum. By 1897, he had founded and was editing the “Tocsin”, a radical newspaper that frequently contained his criticism of the government. In particular he was concerned at the powers given to the Governor-General by the Federal system, and used every opportunity to air his concern. Between 1903 and 1921, he produced six volumes of poetry that found a ready market in Australia. By the later date, his fame was such that he was named as Australia’s first National Poet. Before his death in 1953, he was offered a Knighthood but, true to his principles, he turned it down.

The poet’s eldest son, Colonel Bernard O’Dowd, served with distinction during World War II. After being wounded during the Middle East campaign, he returned to Australia, but was soon back in action in New Guinea, against the Japanese. In 1950, he served in the Korean War, and reached the rank of Lieutenant Colonel, and, by retiral, had been decorated with the MBE. His memoirs have been published in 2000 under the title, “In Valiant Company.”